On November 17, during a working visit to Brussels, Deputy Prime Minister for European and Euro-Atlantic Integration of Ukraine Olha Stefanishyna met with EU Commissioner for Transport Adina Vălean.

They discussed the implementation in Ukraine of the provisions of the Common Aviation Area Agreement with the EU (CAP), the inclusion of Ukrainian rivers in the Trans-European Transport Network (TEN-T), as well as the settlement of the number of permits for Ukrainian road hauliers.

Olha Stefanishyna noted that the temporary application of the CAA Agreement has already had a positive impact on the development of air services between Ukraine and the EU, and therefore in the long run will promote the development of tourism and business contacts. Thus, after the signing of the Agreement, a number of airlines announced the opening of new flights.

"The Common Aviation Area Agreement with the EU has been signed recently, but we can already see the first practical results. We expect that when the Agreement enters into full force, all the benefits of "open skies" will be available to both our airlines and citizens," said the Deputy Prime Minister for European and Euro-Atlantic Integration of Ukraine.

The parties agreed on the next steps for the implementation of the CAA Agreement and reaffirmed their intention to work together on its timely implementation.

Olha Stefanishyna drew special attention to the obstacles to the development of trade between Ukraine and the EU, which contradict the Agreement on Association and the Free Trade Area, namely the issue of lack of permits for road haulage along the territory of Poland.

"The European Union is Ukraine's major trading partner, accounting for about 40% of the country's foreign trade, and we see a growing trend in bilateral trade. However, artificial restrictions in the form of road haulage permits hinder the development of trade and we believe that this violates the provisions of the Association Agreement. It also creates a number of problems for our partners from France, Germany, Belgium and the Netherlands, as Ukrainian carriers fail to fulfill their contractual obligations," stressed Olha Stefanishyna.

The Deputy Prime Minister stressed the importance of removing trade barriers by improving interconnection between Ukraine and the EU, as well as preventing discrimination in the provision of services related to exports and transit.

Moreover, Olha Stefanishyna stressed that the full operation of the Trans-European Transport Network is possible only if Ukrainian waterways are included in it. Olha Stefanishyna informed about Ukraine's intention to develop inland water transport based on the framework law adopted last year, as well as the benefits it opens for both parties, in particular in the field of multimodal transport development.

"We expect that the Dnieper and Southern Bug rivers will become part of the TEN-T regional network. This transport network is extremely important for the development of a compatible rail network throughout the EU and Ukraine, as well as the connection of the railway with terminals on inland rivers, airports and relevant road points. All this will allow us to implement the European green agenda faster, redirecting the transportation of goods from roads to railways, rivers and seas," accentuated Olha Stefanishyna.

The European Commissioner told about the EU's plans to implement the EU's Sustainable and Smart Mobility Strategy, which envisages the transformation of the European transport system so that emissions from transport are reduced by 90% by 2050.

The Deputy Prime Minister stressed Ukraine's readiness to cooperate with the EU in this area and to contribute to achieving the goals of the Strategy, in particular emphasizing Ukraine's potential in the development of multimodal transport, inland water transport and digital transformation. 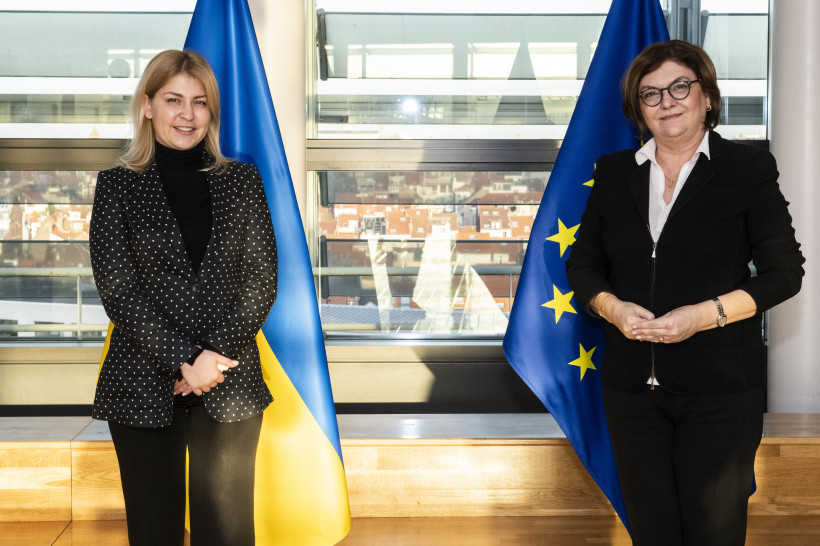 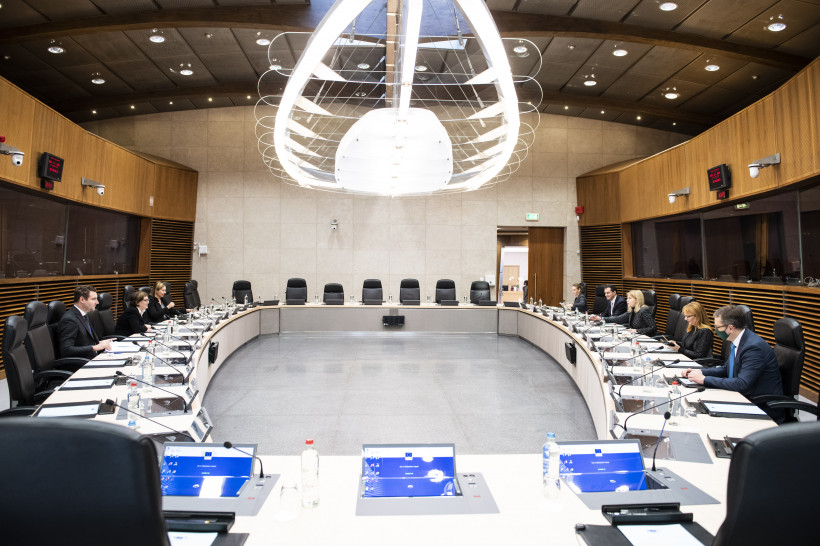