Today, on November 3, at an extraordinary meeting, the Government has approved the draft Budget 2020 to be submitted for the second reading.

“Today we have approved the draft Budget 2020 for the second reading, having worked on the conclusions of the Verkhovna Rada. Taking into account the decisions of the National Security and Defense Council and the commission on distribution of funds for investment projects, the Budget was approved with the follow-up revision. We will finalize and submit the document to the Verkhovna Rada as soon as possible. It is critical for us to have a broad discussion with our colleagues in Parliament and with the President, so we will engage in discussing the draft budget starting tomorrow. And, certainly, after submission we will present to the people the main financial document of the country,” said Minister of Finance Oksana Markarova.

Besides, the Government reduced the number of employees of regional state administrations (RSA). This is stipulated by the fact that, as a result of the decentralization reform, the functions of the RSA are actively transferred to consolidated territorial communities.

The Government's decision will enable for the optimization of the work of such RSAs and reduction of the expenditures of budget funds that can be directed for community development in the respective territories.

Moreover, the Ministers obliged all government agencies to pay funds for business trips of the employees in cash, thereby allowing to reduce paperwork and to save at least UAH 60 million a year.

In addition, at its session the Government determined the procedure for selection to the Commission on Senior Civil Service of representatives of public associations and higher educational institutions that provide training in public management and administration. The decision will promote the transparency and openness of competitions to the senior public positions.

During the meeting, the Cabinet of Ministers also approved a number of staff decisions.

In particular, Serhii Maslichenko was appointed Deputy Minister of Energy and Environmental Protection.

Moreover, the Government announced competitions for the following positions:

Apert from that, the Government appointed Olexandr Ponomarenko as acting Director General of the State Aviation Enterprise "Ukraine". 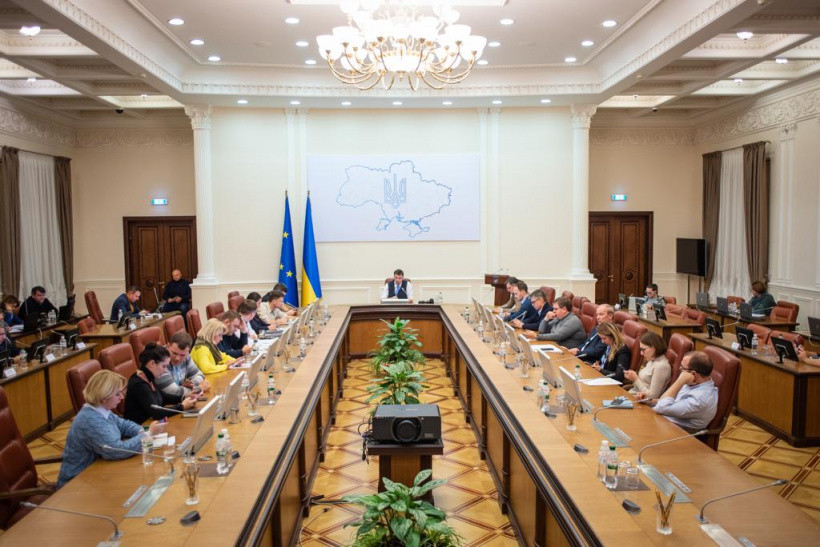 A meeting of the EU-Ukraine Association Committee is to strengthen the dynamics of cooperation with the European Union, assures Dmytro Kuleba