place among Ukraine's trading partners. The volume of trade increased by 32.5% to $ 11.7 billion. The key priorities of cooperation with China are agriculture, energy, and energy efficiency technologies, tourism, cultural and scientific exchange, space industry.

"China is our strategic partner. On the one part, we must support the overall political framework for cooperation, on the other part, we must put into practice profitable projects for Ukraine and open new opportunities, in particular, to increase trade intensity and development of the Ukrainian economy and infrastructure," Deputy Prime Minister European and Euro-Atlantic Integration of Ukraine Dmytro Kuleba stated at a meeting of the Ukrainian part of the Commission for Cooperation between the Government of Ukraine and the Government of the People's Republic of China.

The meeting of the Commission chaired by Dmytro Kuleba was held on 31 January. The meeting participants, including the representatives of the ministries and the Ambassador of Ukraine to China Serhii Kamyshev discussed the implementation of the previous agreements and projects, the results and plans of work of sectoral subcommittees and the working group on investment, as well as determined perspective directions for further cooperation.

On the outcomes of the meeting, Deputy Prime Minister to commissioned to forge an atlas of perspective projects in all areas of the Commission's work for further discussion with the Chinese side.

The plans are to expand trade and, in particular, to lift trade barriers. In addition to trade and economic direction, the key areas of cooperation between Ukraine and China are science, technology, space, agriculture, culture, education, and medicine. In each of these areas, subcommittees are working in synergy and joint projects are implemented. For example, 34 Ukrainian research projects are being carried out by Ukrainian scientists together with their Chinese counterparts. They also cooperate in space. As part of the five-year plan, Ukrainian experts participate in the Chinese Lunar Exploration Program. There is also interest in cooperating in cinematography.

This year Ukraine will participate in the second UN Global Sustainable Transport Conference, which will be held in Beijing, China, from 5-7 May 2020, and in the fall - the third China International Import Expo in Shanghai. It is also planned to hold a bilateral business forum, meetings of industry sub-committees and working groups.

Apart from that, Ukraine is eager to implement with China a number of new energy, infrastructure, and other investment projects. 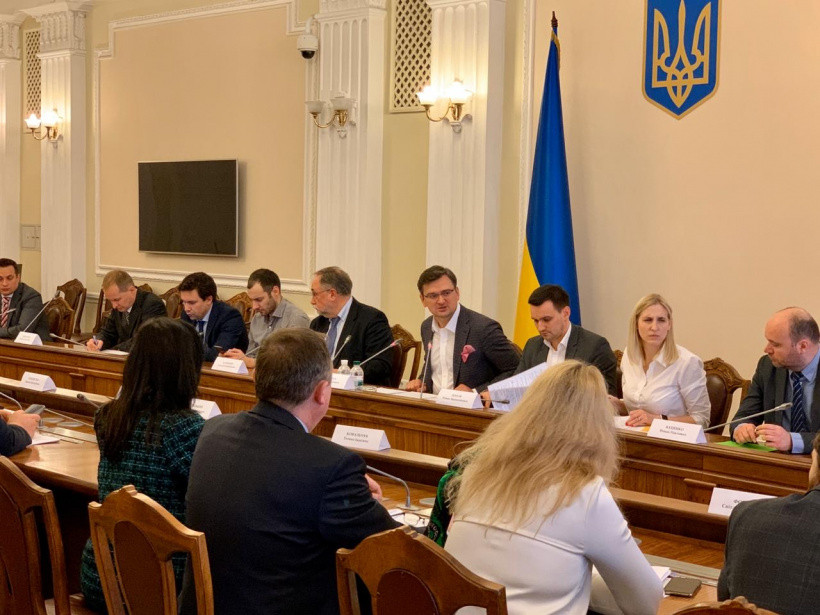