During a meeting in Kyiv, Prime Minister of Ukraine Denys Shmyhal and Executive Vice-President of the European Commission Valdis Dombrovskis discussed further support for Ukraine and mechanisms for the confiscation of frozen russian assets.

The Head of the Ukrainian Government stressed that Ukraine continues to systematically liberate its territories. The latest evidence of this is the liberation of Kherson and a large part of the Kherson region.

“russia is trying to compensate for the losses on the battlefield with missile attacks on civilian critical infrastructure. In this regard, it is extremely important for us to promptly deliver the necessary power equipment, as well as air defense and missile defense systems,” Denys Shmyhal noted.

The Prime Minister expressed gratitude for the decision of the EU Member States to allocate the 5th package of financial assistance in the amount of EUR 500 million to support supply of weapons and military equipment for the Armed Forces of Ukraine within the framework of the European Peace Facility. According to the Head of Government, since the beginning of the full-scale war the EU has provided EUR 3.1 billion within the funding mechanism: “We count on further support and assistance. This is an extremely effective and important tool for us”.

Denys Shmyhal highly appreciated the readiness of the European Commission to establish cooperation between the Ukrainian Working Group on Finding, Seizure and Confiscation of Assets of the russian federation and the EU’s Freeze and Seize Task Force.

“An important step to increase pressure on russia was the proposal of the European Commission to expand the list of crimes, the commission of which gives legal grounds for the confiscation of assets, their sale and use for the restoration of Ukraine and Ukrainian infrastructure. We expect the member states to establish, on the national level, a legal mechanism for the confiscation of assets of the russian federation and russian oligarchs as soon as possible,” the Prime Minister of Ukraine stressed.

In turn, the Executive Vice-President of the European Commission noted that the situation in Ukraine is one of the top priorities for the EU. Valdis Dombrovskis stressed that the EU will continue to provide support for Ukraine to win the war as soon as possible.

According to the Executive Vice-President of the European Commission, a proposal to provide more than EUR 18 billion of macro-financial assistance next year is currently under consideration. 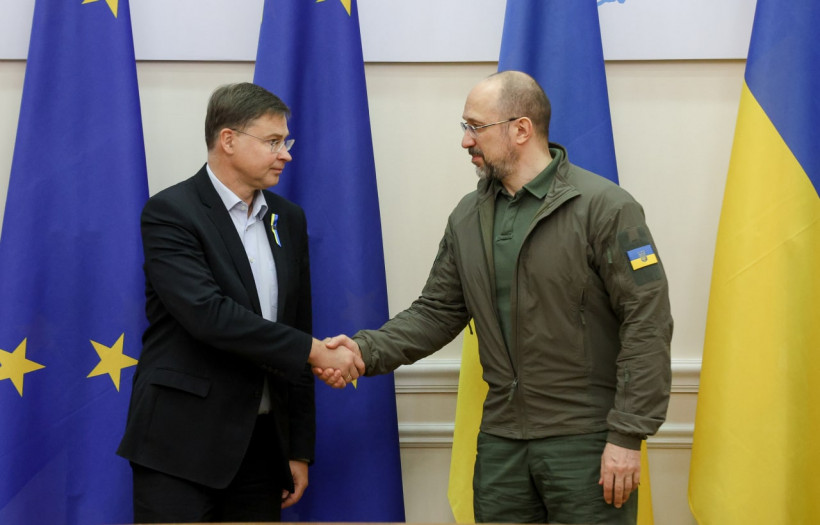 Ukraine should be rebuilt by Ukrainians, – Yuliia Svyrydenko

Ukraine and Romania to strengthen relations in implementation of Espoo Convention