Denys Shmyhal told about the key priorities for the Government in the economy during 2021 at the All-Ukrainian Forum "Ukraine 30"
Communications Department of the Secretariat of the CMU, posted 09 February 2021 12:37
Economy Prime Minister
0

On Tuesday, February 9, within the framework of the All-Ukrainian Forum "Ukraine 30" organized with an aim to discuss the challenges and prospects of 2021, Prime Minister Denys Shmyhal told about the Government's strategy to combat coronavirus, as well as key priorities in the economy in the current year.

"The year of 2020 became a year of incredible ordeals for the whole world and for Ukraine in particular. But thanks to our doctors, thanks to the coordinated work of the Government and civil society, we met this challenge with dignity. Over the past year, we increased the number of beds with oxygen 30 times, ensured the availability of 6,000 ventilators. And the main thing is that the mortality rate from coronavirus in Ukraine is among the lowest in Europe," emphasized Denys Shmyhal.

The Prime Minister also named three main vectors of the Government's strategy to fight coronavirus. The first is to further strengthen the capacity of the medical system. The second is effective quarantine measures. The third is vaccination, which will begin in February with the immunization of medical workers.

"Apart from curbing the coronavirus, the main priority of the Government in 2021 will be to work on economic recovery. In 2020, we took many anti-crisis steps. Those include the "5-7-9" program, increasing investment in infrastructure projects, and unprecedented direct payments to people and businesses. In 2021, these programs will be prolonged. And a number of long-term economic reforms will be launched," the Prime Minister told.

In particular, the Head of Government drew attention to the importance of further implementation of public-private partnership and the start of construction of the first concession highways. Also, according to the Prime Minister, the "Great Privatization" will trigger. One of the priority areas of work will also be full-fledged launches of the energy market and the land market.

"In 2021, we must start the process of establishment of Stock Market, as well as the accumulation pension system. These are long-term projects, but Ukraine needs them now. The same applies to the program to increase domestic gas production. The 8 production sharing agreements signed by our Government should ensure Ukraine's energy self-sufficiency in the next few years," Denys Shmyhal stressed.

Among other areas of the economy that the Government will work on are further digitalization of public services, creation of industrial parks, affordable mortgage lending at 7% and below, as well as the development of the National Economic Strategy for Ukraine's Development until 2030. 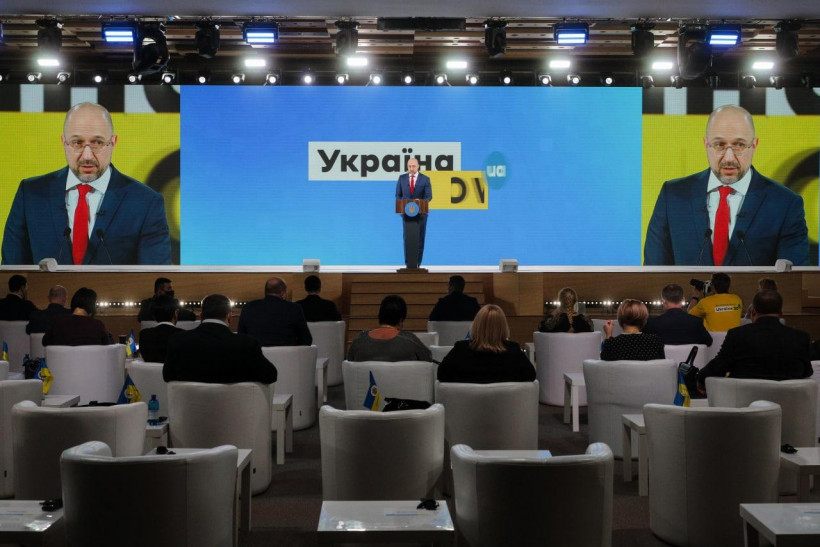 Government and local authorities enshrine in memorandum an agreement on non-increase of tariffs for heating and hot water, says Prime Minister

Denys Shmyhal at a meeting with Charles Michel: Implementation of the Association Agreement is the basis for convergence of the economies of Ukraine and the EU