Having failed all plans to occupy Ukraine, the Russian aggressor resorted to outright genocide of the civilian population of Ukraine.

In the last two days alone, the enemy has bombed from air the House of Arts in Mariupol. They opened direct fire from tanks at a nursing home in Luhansk region. In Trostyanets, Sumy region, the occupiers threw a live grenade at civilians. In Kyiv, a shopping center where civilian population were hiding was attacked from the air.

As a result of the war, millions of Ukrainians were forced to flee their homes. Millions were left homeless. This is our reality that the entire civilized world can already see.

President of Ukraine Volodymyr Zelenskyy has announced a substantial program to help Ukrainians who were forced to escape from their war-torn towns.

The Government has embarked on implementation of this program.

Money, jobs, housing are the three main directions covered by this program.

First. Money. The state will pay each displaced in Ukraine a minimum monthly allowance of 2,000 hryvnias. Simply, through the Diia, to the bank account. No extra documents. Avoiding bureaucracy. For all the citizens who moved from areas of active hostilities.

Also, a 3,000 hryvnias resource will be paid for each child who was forced to move to safer regions because of the war and all those atrocities.

Second. Jobs. We are launching an employment program for all the displaced persons. To do this, the state commences payment of benefits to those employers who hire IDPs from the affected regions.

A 6,500 hryvnias sum for each employee. These funds will be spent by employers on the salaries for such employees.

I will appeal to entrepreneurs again.

The state supports you in your desire to continue working where it is safe. Complete deregulation of business, simplification of the tax system, affordable loans.

Now the Government bears part of the resources for paying wages to those people who need work. Hence, let's get work! I urge everyone to start working, to admit people, to provide them with work.

Third. Housing. A week ago, the Government adopted a decision on a mechanism to reimburse utility costs to communities that provide free shelter to IDPs in schools, kindergartens, cultural centers and municipal institutions.

We are now working to supplement the program so that families receiving displaced persons in their homes can also get compensation for utility bills.

All those who responded to the hardship the IDPs face, provided them with shelter for free, will receive 450 UAH per month for each of those whom they helped to compensate while paying for utilities.

All the three programs have already been approved by the Government of Ukraine. Their implementation triggers today, March 21, with the registration of temporary displaced persons by territorial communities and CASPs.

Registration through the Diia will be available starting March 30.

And after the war ends we will rebuild everything. Every building, every apartment, every facility. And everyone will have a chance to return home.

But everyone who today has found shelter, work and everything necessary for life in this time of trials will forever keep in their hearts the memory of and gratitude to those hospitable communities and people.

We will never forget that either. 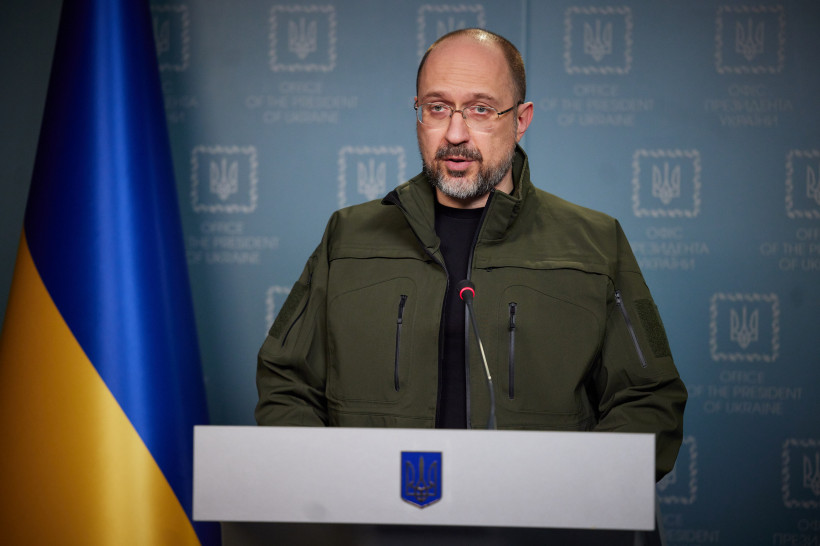