Ministry of Finance: 12,845 preferential loans to the tune of UAH 50.86 billion were issued during the period of martial law within the State Program Affordable Loans at 5-7-9%
Ministry of Finance of Ukraine, posted 19 September 2022 15:03
Economy Finances Supervision and control
0

Over the past week, 859 preferential loans for the total amount of UAH 2.26 billion were issued within the framework of the State Program Affordable Loans at 5-7-9%, including 817 credit agreements for the amount of UAH 1.94 billion concluded by banks of the public sector of the economy.

During the period of martial law in Ukraine, 12,845 credit agreements for a total amount of UAH 50.86 billion were concluded within the framework of the State Program Affordable Loans at 5-7-9% (including 10,372 credit agreements to the tune of UAH 29, 69 billion), of which:

The program is implemented by the Entrepreneurship Development Fund (EDF). The only participant of the EDF is the Government of Ukraine represented by the Ministry of Finance of Ukraine, which coordinates all aspects of the Fund's activities.

To date, under the State Program Affordable Loans at 5-7-9%, the EDF has concluded cooperation agreements with 44 banks.

It should be noted that in order to prevent a decrease in the volume of lending due to an increase in the NBU bank rate, as well as to facilitate the financing of agricultural commodity producers for the implementation of a complex of autumn field work in 2022, the Cabinet of Ministers of Ukraine adopted on July 29, 2022, Resolution No. 916 "On Amendments to the Procedures Approved by resolutions of the Cabinet of Ministers of Ukraine dated January 24, 2020 No. 28 and dated July 14, 2021 No. 723". 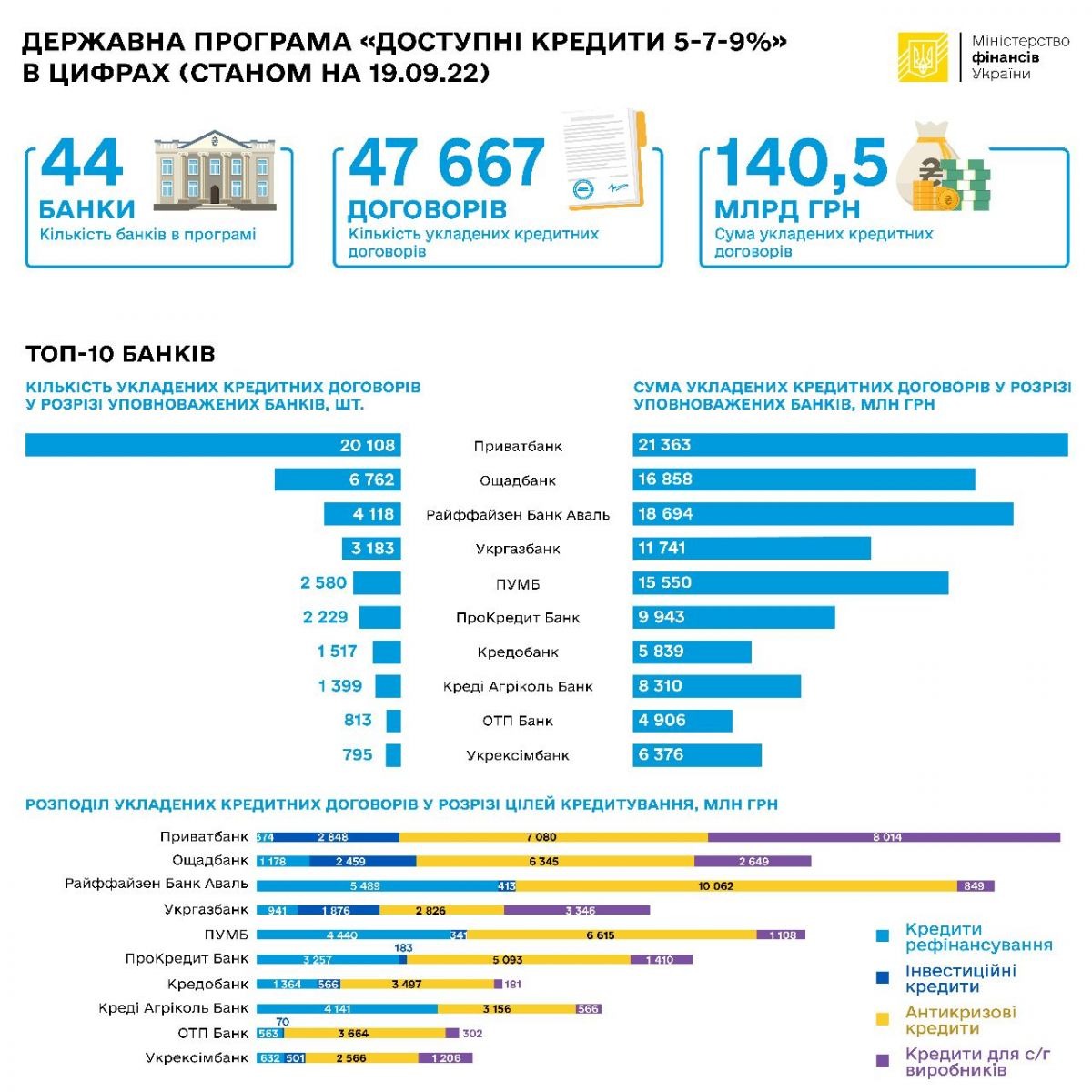 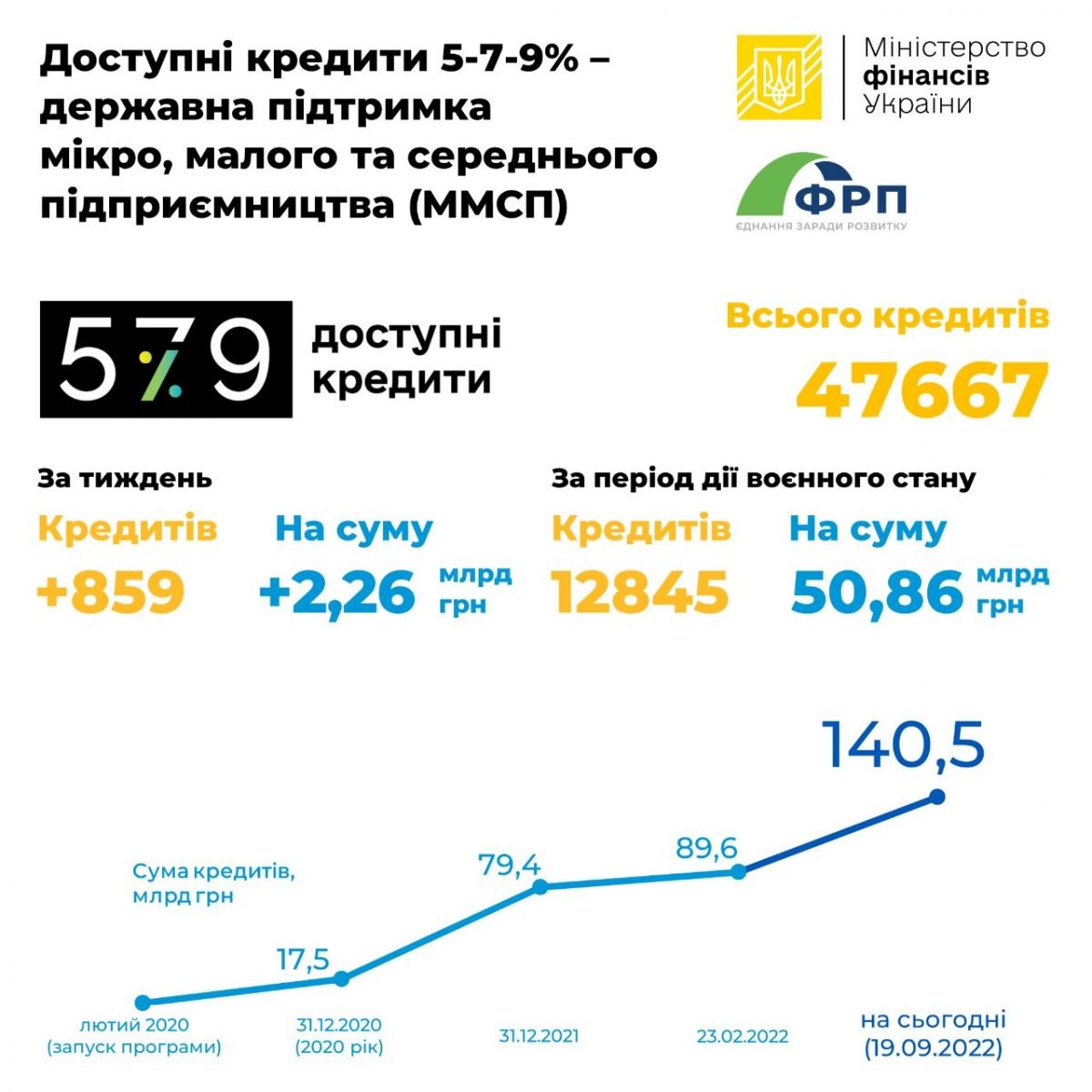 We stimulate economic recovery: the Unified Job Portal has been launched

Operational update regarding the russian invasion as of 18:00, on September 19, 2022