On December 13, in Paris, France, Ukraine signed four agreements with international partners. The total amount of the agreements is more than EUR 530 million. This was announced by Prime Minister of Ukraine Denys Shmyhal during a press conference with Minister of Economy, Finance and Industrial and Digital Sovereignty of the French Republic Bruno Le Maire.

“This is a very good start. I am sure that this list will be supplemented in the near future. We really appreciate the real actions and concrete assistance that France continues to provide us,” the Prime Minister of Ukraine stressed.

During the meeting between Denys Shmyhal and Bruno Le Maire the following agreements were signed:

- A guarantee agreement between the Government of Ukraine and the European Bank for Reconstruction and Development on attracting a EUR 300 million loan for Ukrenergo for the emergency restoration of power transmission networks. The funds are also accompanied by a grant of EUR 70 million from the Netherlands for the purchase of high-voltage equipment.

In addition, France signed a bilateral agreement with the EBRD. The agreement provides for another EUR 100 million as assistance for Ukraine.

- Agreement with the Government of France on the supply of rails for Ukrzaliznytsia produced by the French company Saarstahl in the amount of up to EUR 37.6 million.

- Memorandum between Ukravtodor and Matiere on the supply of bridges worth about EUR 25 million.

The Ukrainian side also handed over a letter on the program of providing state guarantees of the Government of France through the Banque Bpifrance Assurance Export for the export of seeds to Ukraine in the amount of approximately EUR 20-25 million.

Earlier, following the results of an International Standing with the Ukrainian People Conference, about EUR 1 billion were attracted from foreign partners, half of which are grants. 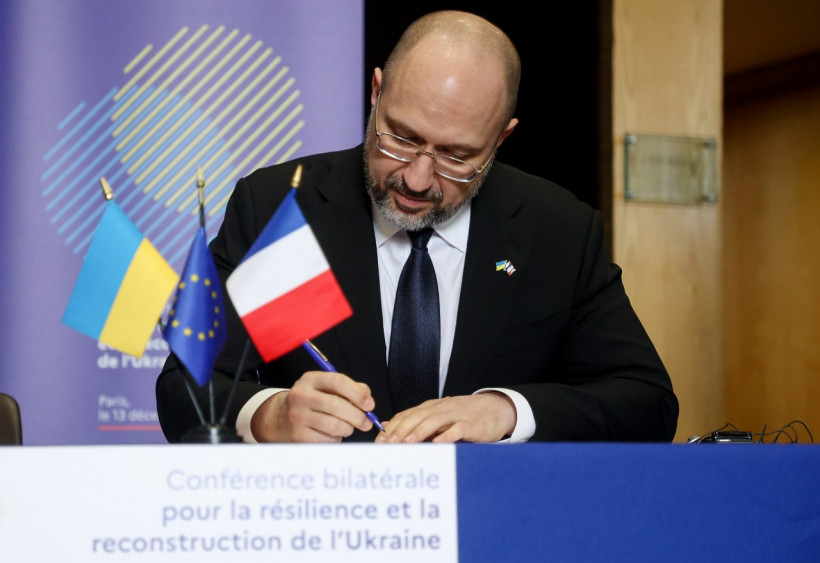 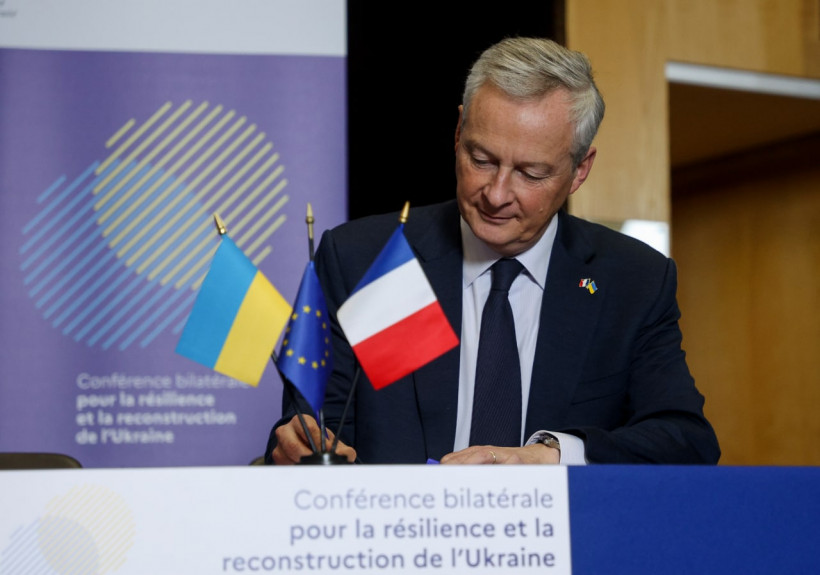 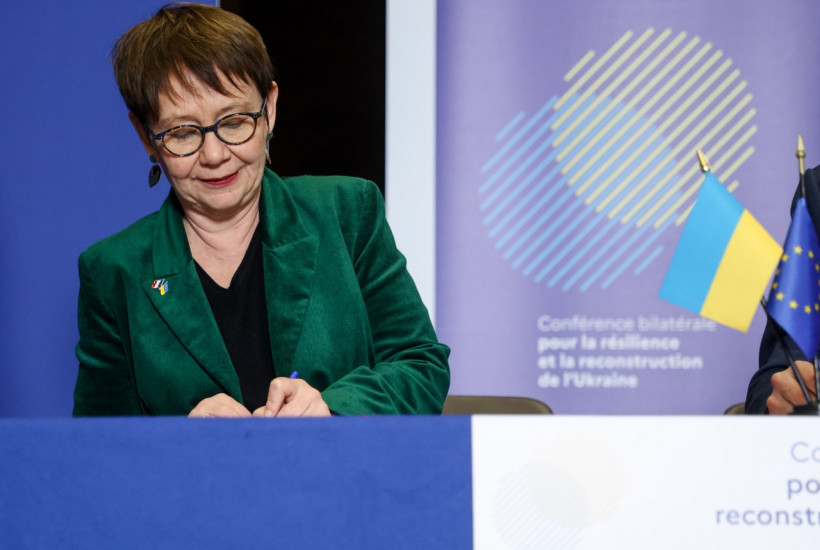 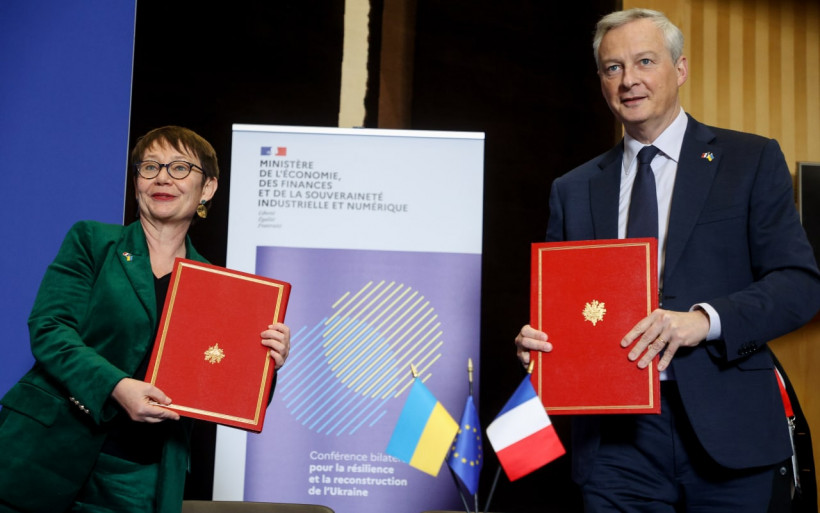 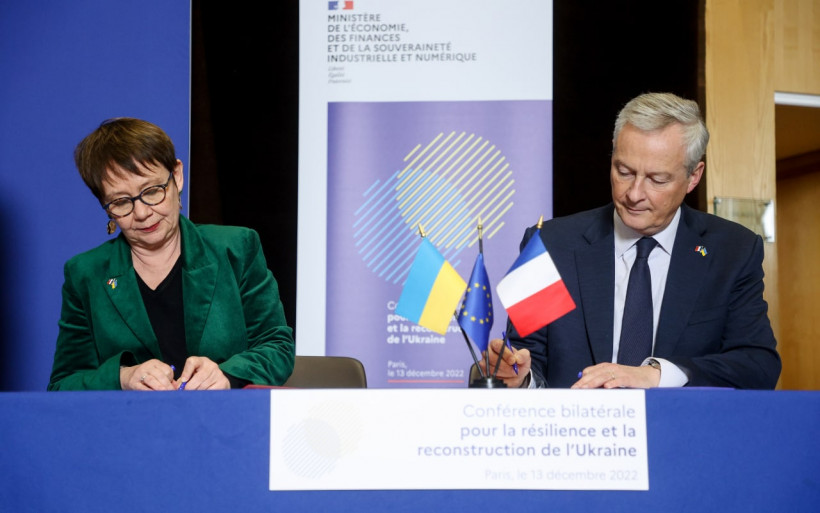 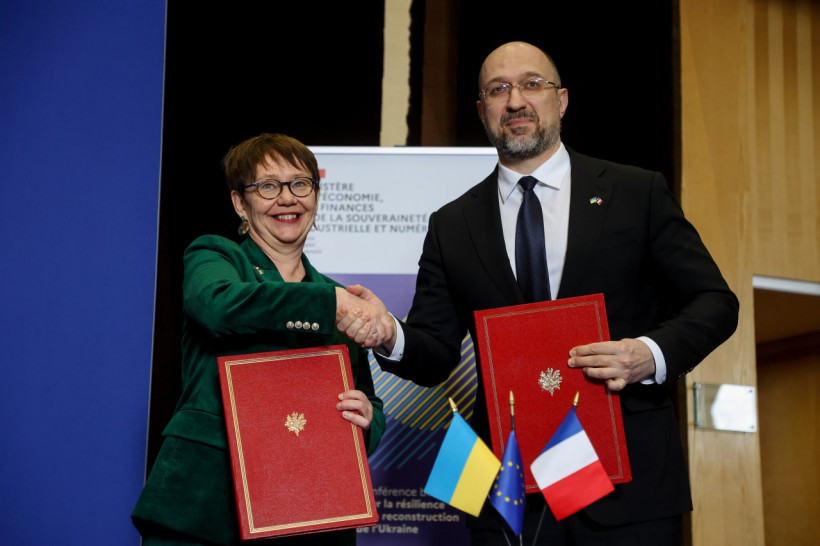 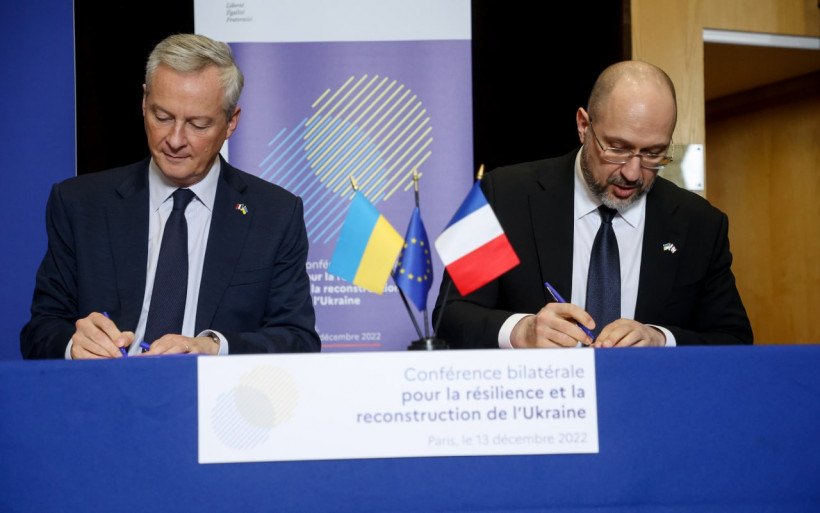 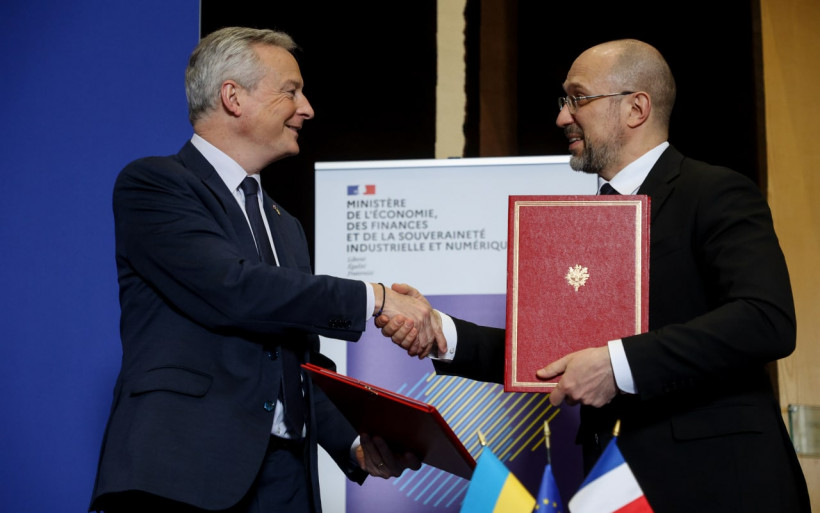 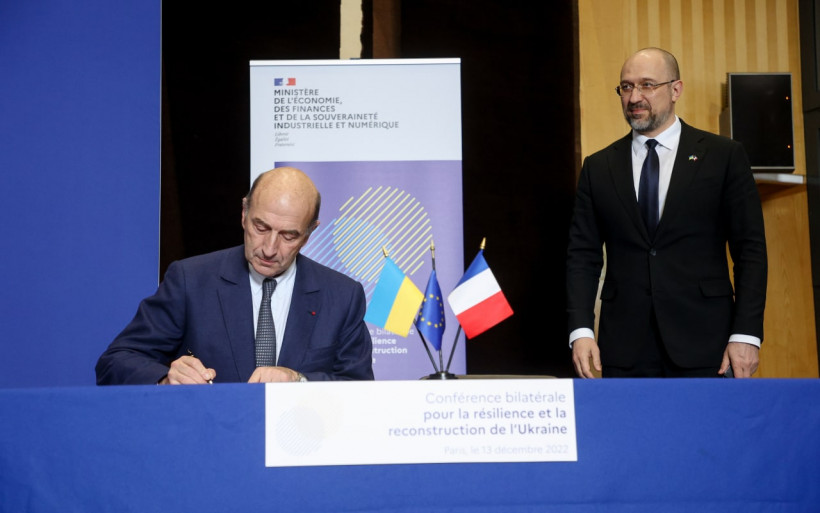 Covering the state budget deficit and reconstruction of Ukraine: Yuliia Svyrydenko met with representatives of the IMF and French businesses

Ukraine and France are working on insurance of war risks for investors, – Denys Shmyhal