Heroic people of a great country!

One month and one day had gone since the beginning of the full-blown russian invasion of our country.

And now we have to work to bring our victory closer. Everyone doing his or her job. We must secure a reliable home front for our army.

To do this, the economy must operate. A sowing campaign should yield result. Shops should open up. Factories should start functioning.

Over the past two weeks, the Government and Parliament have reformatted economy, as well as financial, food, transport and energy domains.

Taxes for businesses were drastically cut. Most regulations and bureaucratic papers have been removed. An opportunity for any entrepreneur to take a loan at 0% has been rendered.

Yesterday, the Verkhovna Rada of Ukraine passed a draft law that will enable us to introduce the world's fastest customs service. VAT and import duties on goods imported by payers of turnover tax are removed. The declarative principle of work is also now imposed at the customs.

Thanks to our international partners and people with big hearts around the world, more than 128,000 tons of humanitarian goods have been delivered to Ukraine.

There are currently no queues at checkpoints on the western border. Monitoring of the facts and reasons for the delays of humanitarian relief at checkpoints is carried out by the leadership of the State Customs Service round the clock.

Payments are issued under the renewed state program ePidtrymka, within the frames of which Ukrainians have already received more than UAH 20.7 billion.

Another program that has also been launched is the free provision of food to frontline cities. These products are already being purchased to be distributed among people in the settlements that are currently on the confrontation line.

Also, in order to ensure the timely payment of pensions in the war-torn territories, the financing of pensions for April has triggered.

Through March 25-27, annuities will be accrued and paid in advance in 6 regions for the total amount of UAH 8.8 billion. Today the payment of pensions in Luhansk and Chernihiv regions was financed. The funds have already been transferred to banks. Tomorrow the resource to carry out the payment of pensions in advance will be directed to Sumy, Kherson and Mykolaiv regions. The day after tomorrow - to Kyiv region.

The next issue. Spring sowing campaign has already commenced in 11 regions of Ukraine. It hadn't started at this time last year. And we deeply appreciate the work of our farmers and all those helping in the fields today to provide the country with food.

For its part, the Government has endorsed a decision to open for agrarians access to interest-free financing and is taking measures to reduce fuel prices.

International financial support. We engage in activities with all countries and organizations to ensure that such support is provided on an ongoing basis. We are discussing with all our partners and friends the future plan for the restoration of Ukraine. It concerns the confiscation of property of russian citizens and investment aimed to rebuild our country.

I would like to appeal not only to the governments of the partner countries, but to the mayors of European and other cities around the world as well. Russia is now destroying our cities and towns, as the Nazis did 80 years ago. We urge you to renew the tradition of sister cities, help Ukrainian cities with humanitarian aid and funds necessary for the reconstruction purposes. This is an important endeavor.

Ukraine of today is the hub of the world struggle for freedom and ideals of the 21st century. The whole world stands with us. We will definitely win. Because we are invincible!

I express gratitude to everyone who is now paying every effort to approach this victory at the front and in the rear today! 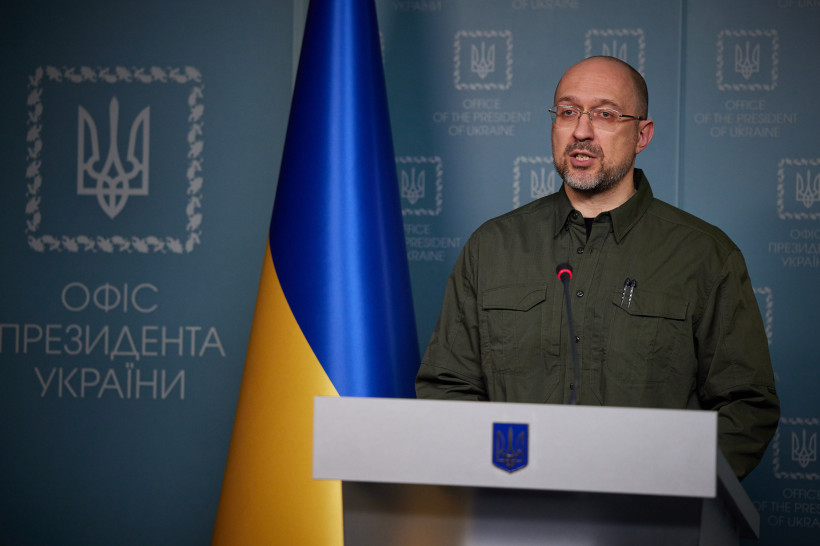