Rebuilding Ukraine and EU membership are among the pivotal questions of the meeting of the Prime Ministers of Ukraine, Poland, Slovenia and the Czech Republic
Communications Department of the Secretariat of the CMU, posted 16 March 2022 12:17
Emergency International activity Prime Minister
0

"We urge the whole world to help Ukraine replenish the funds for the restoration of our state. We are grateful for the help and support that dozens of countries and millions of people around the world are already providing to Ukraine, "said Denys Shmyhal.

The Prime Minister of Ukraine noted that the Ukrainian Government has already established a group to assess the losses to the economy due to Russian aggression.

"Preliminary estimates say that the current direct one-time loss for Ukraine is USD 565 billion. In fact, these are the funds that will be needed to restore our state - and at the expense of reparations of the Russian Federation, and through the support of our partners, "the Prime minister of Ukraine said.

For their part, the Prime Ministers of Poland, Slovenia and the Czech Republic assured of their strong support for Ukraine against the background of the Russian invasion. The Prime Minister of Poland stressed that every school, every kindergarten and every housing of Ukrainians will be rebuilt after the war.

The parties also discussed Ukraine's roadmap to membership in the European Union. Denys Shmyhal thanked Poland, Slovenia and the Czech Republic for supporting the European future for Ukraine, for closing the skies to Russian aircraft over Europe and their position on imposing a no-fly zoneover Ukraine.

The Prime Minister of Ukraine thanked the countries for the tens of thousands of tons of humanitarian aid provided to Ukraine after the start of the war. 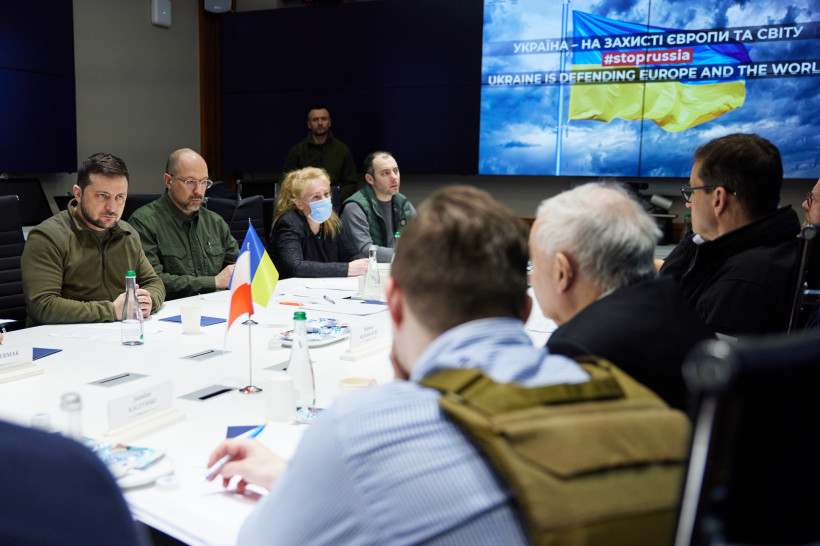 The Prime Ministers of Ukraine, Poland, the Czech Republic and Slovenia tackle strengthening sanctions against Russia