Statement by Prime Minister of Ukraine Denys Shmyhal at a Gov't session
Communications Department of the Secretariat of the CMU, posted 27 September 2022 17:42
Government session Prime Minister
0

Since the first days of the full-scale russian invasion, Ukraine has united the entire civilized world around it. Despite the fact that russia has invested billions of dollars in its propaganda in the West for years, the governments and citizens of most Western countries unequivocally support Ukraine.

However, it is vital to prolong our activities to preserve and expand support. Therefore, together with First Lady Olena Zelenska, last week we were working in Great Britain and the USA so that the pro-Ukrainian coalition would grow and demonstrate concrete results for the victory of Ukraine.

Our team had had about 50 different meetings. Most of them took place on the sidelines of the UN General Assembly. This is a major platform for multilateral diplomacy.

Hence, what were the issues raised and what was agreed upon with our partners and allies. In total, there are five key themes:

Security of Ukrainian nuclear facilities and demilitarization of the Zaporizhzhia nuclear power plant.

Confiscation of russian assets and restoration of Ukraine.

Punishment of russian war criminals and security guarantees for our state.

Continuation of the "Grain Initiative" aimed to overcome the global food crisis.

We talked with almost all of our partners about the safety of nuclear facilities, the demilitarization of the Zaporizhzhia NPP and the creation of a 30-kilometer safety zone around it. There is an agreement with the head of the IAEA that their mission at the ZNPP will be increased. In this regard, we had particularly important conversations with French President Emmanuel Macron, Japanese Prime Minister Fumio Kishida, and the ministers of foreign affairs of Great Britain, Germany, and India. We believe that it is crucial to organize a peacekeeping mission with the participation of the UN and the EU. The first step is to guarantee the normal operation of the ZNPP without the intervention of the russian military and Rosatom employees. Next, the withdrawal of russian troops from the territory of the ZNPP. One more thing is the complete demilitarization of Energodar and the 30-kilometer zone surrounding it. The plant must work in the energy system of Ukraine so that we can guarantee its safety in the process of operation.

The second major topic is the negotiations on financial assistance to Ukraine this year and the next one. Very important conversations took place with the Managing Director of the IMF, Kristalina Georgieva, and the management of the World Bank, Mr. Trotsenburg and Ms. Bjerde. In fact, these are the two largest international financial organizations. And we assure that they will prolong supporting Ukraine.

In particular, we have an agreement with the IMF to start work on a new special program. We expect that the Mission to Ukraine will start in October this year, and the program itself - next year. This year, Ukraine will receive a total of USD 2.8 billion from the Fund.

Financial assistance was also discussed with the new Prime Minister of Great Britain, Liz Truss. Ukraine will get USD 500 million from Britain for the purchase of gas, thus allowing us to strengthen our resilience for this heating season.

Financial assistance to Ukraine is now closely linked to our short-term and long-term recovery. These topics were also among those considered with the President of Poland Andrzej Duda, with the Prime Minister of Great Britain, with the leadership of the UN and international financial institutions, with the USAID Administrator Samantha Power. In addition to the reconstruction plan, we also discussed the resources required for the efficient implementation of this plan. Up to USD 500 billion of russian assets are frozen in the West. We are lobbying for the adoption of a new international agreement and changes in the national legislation of our partners, so that the confiscated funds of the rf become the main source for our reconstruction and European transformation.

Regarding the punishment of russia for its crimes, of course it should not only be economic and financial. All russian war criminals, including the top leadership, must be held accountable. We will not stop until all these people are in the docks of an international tribunal. We raised the issue of establishing such a tribunal in conversations with the Prime Ministers of Canada, New Zealand and Japan, discussed it with the President of Latvia. The whole world should know about russian crimes. In parallel with the confiscation of russia's assets and the punishment of its war crimes, we also advocate further strengthening of sanctions.

Security guarantees for our country developed by the Yermak-Rasmussen group were discussed during our visit in detail.

Another important topic of discussion with our partners was the effectiveness of the "Grain Initiative" to overcome the global food crisis. In less than two months, 218 ships with agricultural products have left the ports of Odesa which is almost 5 million tons of exports. For the world, this means food security, and for Ukraine, it is export earnings, assistance to our agricultural sector and the economy in general. In fact, with all our colleagues, including those from India and Iraq, we talked about the importance of continuing the operation of such a grain corridor. The UN and its Secretary-General played an important role in this agreement, so Mr. Antonio Guterres and I discussed the details of the continuation of the initiative.

During all meetings with our allies, we heard an important message that support for Ukraine will continue as long as it is needed. The kremlin regime believed that after seven months of war, the West would forget about Ukraine, would get tired and stop supporting. This did not happen and will never happen. The pro-Ukrainian coalition in the world is only growing. We are not backing down from our goal of liberating our lands, winning this war, and building a prosperous European Ukraine. To do this, we work both in the international arena and within the country.

Thank you for attention. Glory to Ukraine! 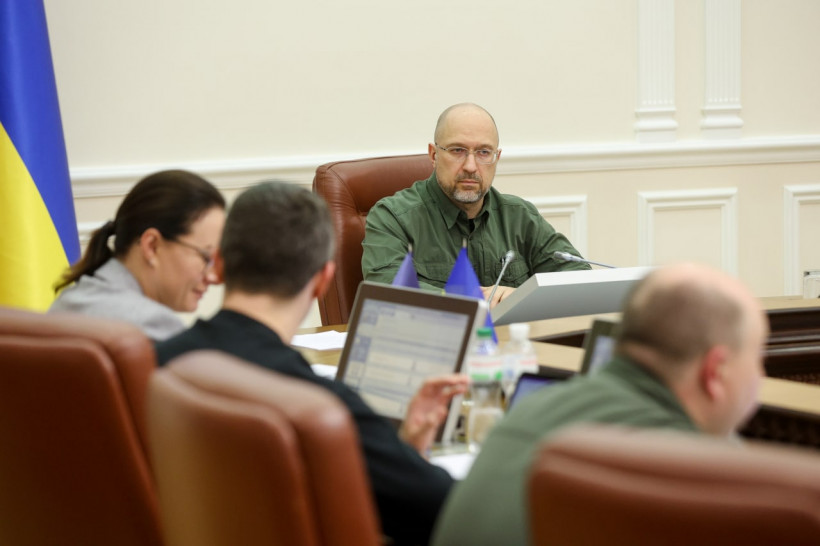 A dialogues between business and Government will contribute to post-war recovery and economic growth, says Yuliia Svyrydenko

Denys Shmyhal: The IAEA will increase its mission at the Zaporizhzhia NPP