Ukraine is interested in further cooperation with Luxembourg in the field of innovative technologies, in particular, in the development of such industries as IT technologies, cybersecurity and digital development, renewable energy sources.

"Luxembourg is one of the leaders in the development of IT technologies, and in this context, Ukraine seeks to establish bilateral cooperation in this area," said the Prime Minister of Ukraine.

Denys Shmyhal noted that Luxembourg uses innovative approaches to the development of national space activities. In particular, in November 2020, in partnership with the European Space Agency, there was established the European Space Resources Innovation Center.

"Ukraine stands ready to establish stable cooperation with the Luxembourg Space Agency. We are interested in bilateral cooperation in the field of space exploration and use of space resources, including within the framework of the Artemis international project, which our country joined in November last year," said the Prime Minister of Ukraine.

Denнs Shmyрal added that Ukraine has a long history of space activities and valuable experience in implementing international space projects, a developed scientific and technical school and technological opportunities for the development of mutually beneficial cooperation.

The Prime Minister of Ukraine invited Xavier Bettel to consider signing a Memorandum of Understanding between Ukraine and Luxembourg on cooperation in space in order to exchange experiences and information.

Denys Shmyhal noted that Luxembourg is also one of Ukraine's promising trading partners and a reliable investor in the Ukrainian economy. According to him, the conclusion of an agreement on economic cooperation could be among the steps that will promote the development of bilateral relations between Ukraine and Luxembourg.

"This agreement should be an important impetus for the establishment of the Ukrainian-Luxembourg Joint Commission on Trade, Economic and Financial Cooperation. We are confident that such a commission will become the main platform for the implementation of joint initiatives and strategic projects," the Head of the Ukrainian Government said.

The Prime Minister stressed that Ukraine highly appreciates the firm and steadfast position of Luxembourg on the territorial integrity of Ukraine and thanked for the support of economic sanctions against the Russian Federation as a result of the occupation of Crimea.

In addition, Denys Shmyhal invited Luxembourg to join the Ukrainian diplomatic initiative "Crimean Platform". He also invited the Lux-Development (Luxembourg Agency for Development Cooperation) to join the project to restore infrastructure as well as humanitarian programs for Donbas. 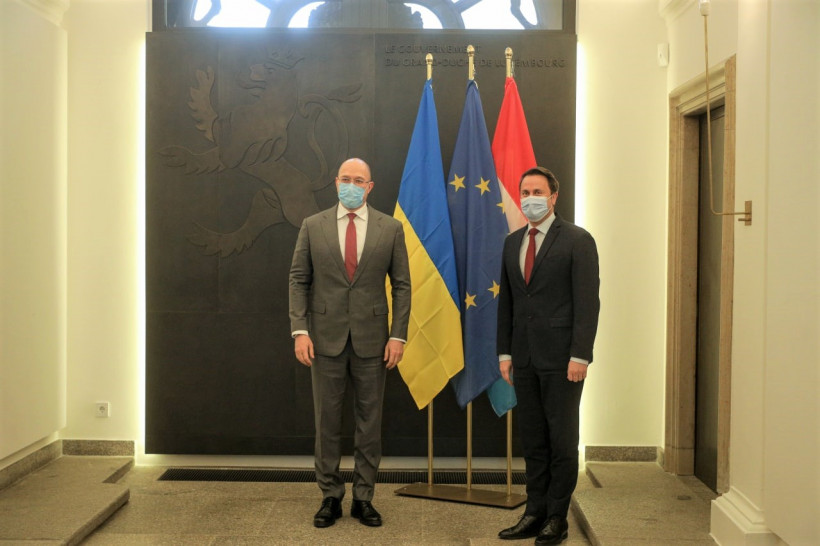 Prime Minister: EIB will disburse EUR 50 million for the purchase of vaccines for the population of Ukraine