Ukraine is more than 90% ready for the heating season. This was stressed by Prime Minister Denys Shmyhal in an interview with LB.ua.

As the Prime Minister emphasized, due to rising gas prices at European hubs and stock exchanges, the whole world has faced a difficult gas crisis. In this regard, an overriding task of the state is to ensure the peace and comfort of the population.

"There is an annual Naftogaz contract - UAH 7.96 per cubic meter. The price is unshakable until May 1. UAH 7.42 per cubic meter is the price of a three-year contract per year for district heating companies. This also applies to condominiums, because it is an association of people. As individuals, they receive gas for boiler houses at the same price," the Head of Government said.

Denys Shmyhal dwelled on that the Government is seeking a compromise with the mayors to prevent the increase of the heating tariffs for people. In particular, the PM recalled that in February the Government signed the first memorandum with mayors, which is being implemented consistently. The Government, Naftogaz and city leaders also signed a new memorandum last week.

"The backbone of this memorandum is that we as a state are ready to lend a shoulder to the mayors, but they, in turn, must take responsibility for the invariability of tariffs for people. I am convinced that we will reach a compromise, because the goal of both the state and the heads of local governments is the same - to support citizens and prevent changes in tariffs this heating season," the Prime Minister underscored.

Denys Shmyhal stressed that at present, more than 18.5 billion cubic meters of gas have been stored in gas storage facilities, which is more than in previous years. 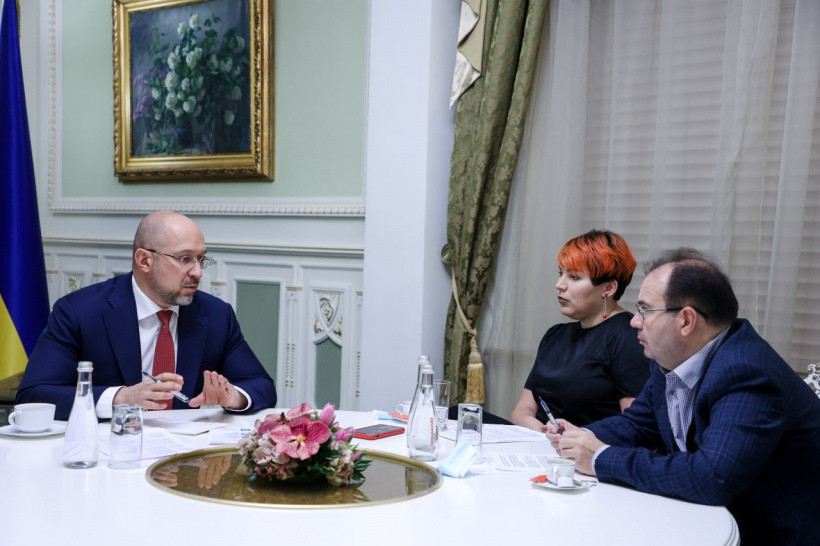 The introduction of a funded pension scheme means a twofold increase in payments, Denys Shmyhal